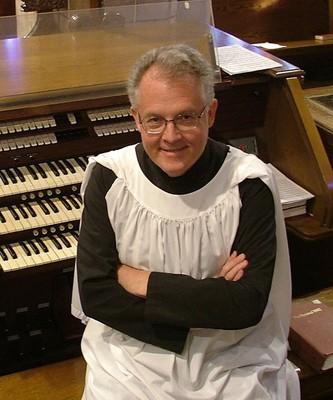 Jack Warren Burnam, Choirmaster and Organist, has pursued an active professional career in northern Delaware for 40 years as a choral conductor, teacher, organist, accompanist and composer. He was appointed Choirmaster and Organist of Immanuel on the Green in 2010. His compositions and arrangements for choirs and congregation are in regular use at Immanuel. Several of his settings have been published in the Hymnal 1982, “Wonder, Love and Praise,” and a number of other hymnals and hymnal supplements. Jack holds degrees in sacred music from Houghton College (NY) and the Catholic University of America.  He is a past president of the Association of Anglican Musicians, and an Associate of the American Guild of Organists. 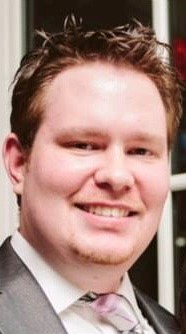 A New Jersey native, Jim Douglas enjoys an active career as a church musician, conductor, keyboardist, composer, arranger and teacher. He was appointed the Director of Music at St. Margaret’s Church (Episcopal), Annapolis, MD in August 2018, where he serves as parish organist and oversees a vibrant music ministry of two adult choirs, a newly reorganized chorister program, a contemporary ensemble, a Compline Schola and a string ensemble, in addition to an annual series of special services, workshops and concert offerings. Founded in 1692, St. Margaret’s is one of the oldest continuously operating parishes in the US and is one of the largest in the Episcopal Diocese of Maryland. Jim previously served as parish organist and music director at several Episcopal churches in New Jersey, most recently St. Matthew’s Church, Pennington.

Jim received his initial musical training as a treble chorister and later head chorister under Gerre Hancock in the renowned Saint Thomas Choir of Men and Boys, where he attended Saint Thomas Choir School, one of two boarding schools remaining in the world that solely educates choristers, Westminster Abbey being the other. At St. Thomas he sang for five weekly choral services, concerts, recordings and tours, performed with the likes of Jessye Norman and Carly Simon, and can be heard as a soloist on the choir’s recording “Christ, the Fair Glory.” He attended Saint James School, Hagerstown, MD, the oldest Episcopal boarding school in the US, where he studied multiple instruments and often played and conducted for weekly chapel services. At Westminster Choir College, Princeton, NJ, he studied sacred music, conducting, organ, piano and voice, and was a soloist in several of the school’s renowned choirs, including the Westminster Symphonic Choir, the Westminster Choir and the Grammy-nominated Williamson Voices.

Jim has performed under the baton of the great orchestral and choral conductors of our time, and has performed, recorded and toured with such ensembles as the Saint Thomas Choir, The Choir of Trinity Church Wall Street, Vox Vocal Ensemble, Kinnara Ensemble and the Westminster Choir. He has also performed for television and radio broadcasts in the US and UK and in American premieres of works by John Tavener and Tarik O’Regan.

Jim is a member of the Association of Anglican Musicians, the American Guild of Organists, and the Royal School of Church Music in America, and has served on the music faculty of the RSCM America King’s College Course, Wilkes-Barre, PA. He also served on the Bishop’s Advisory Commission on Music for the Episcopal Diocese of New Jersey and the Saint Thomas Choir School Alumni Board of Directors, co-chairing the Development Committee. 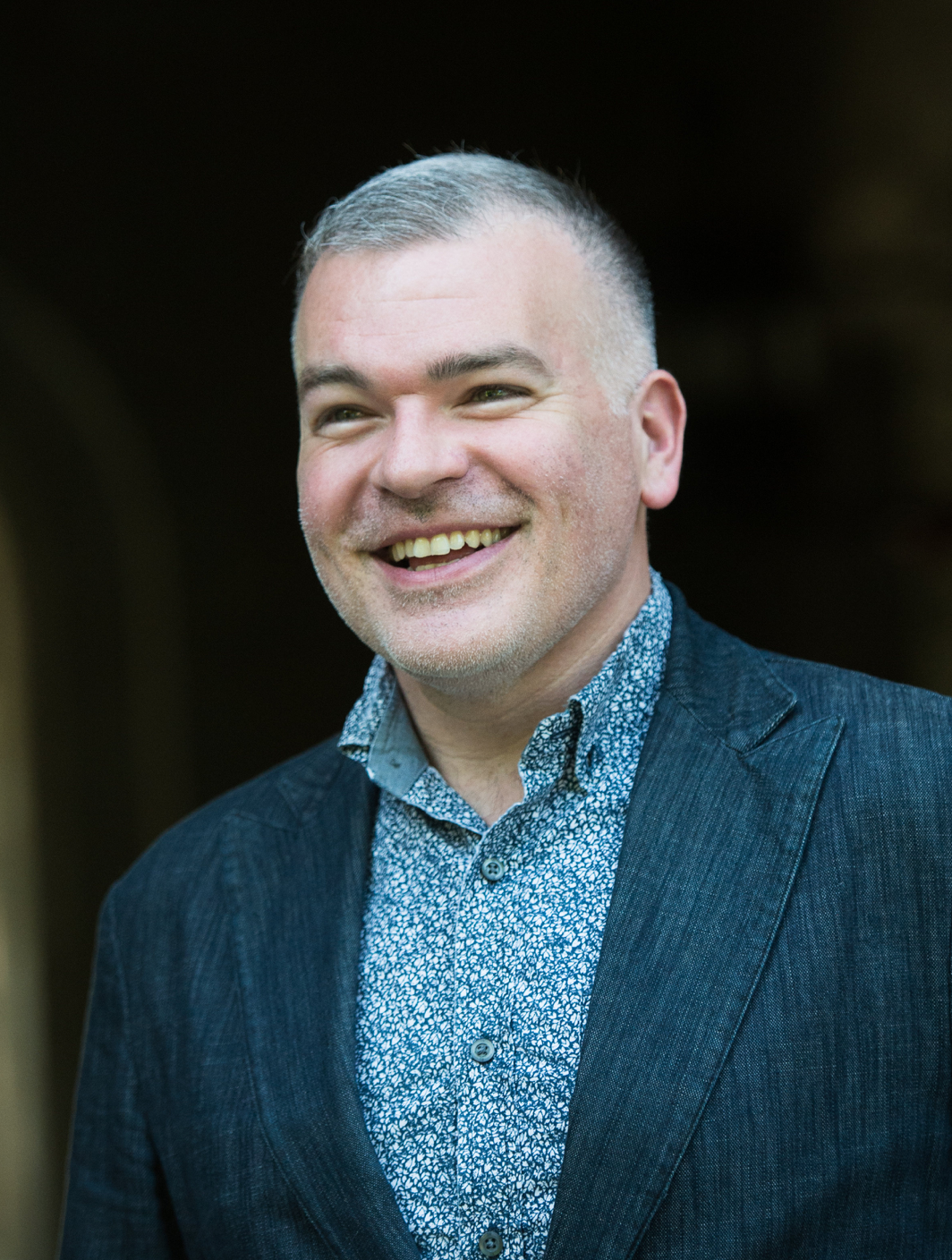 Michael Smith is the Minister of Music at St. Thomas’ Church, Whitemarsh, located outside of Philadelphia, PA., where he oversees a semi-professional adult choir and a chorister program. Prior to this appointment, he served as Chair of Performing Arts at The Shipley School in Bryn Mawr, where he oversaw all aspects of the PreK-12 Music and Theater programs while serving concurrently as Organist/Choirmaster at The Church of the Good Shepherd, Rosemont.  Before moving to the Philadelphia area, he served as Director of Music at Groton School, where he held the Pratt Endowed Chair of Music.  Michael earned his undergraduate degree in organ performance at Samford University in Birmingham, Alabama. He went on to earn graduate degrees in organ and conducting at Yale University, where he served as graduate assistant conductor of the Glee Club. He has performed recitals and accompanied and conducted choirs internationally, and currently serves on the boards of the Yale Glee Club and the Royal School of Church Music in America. 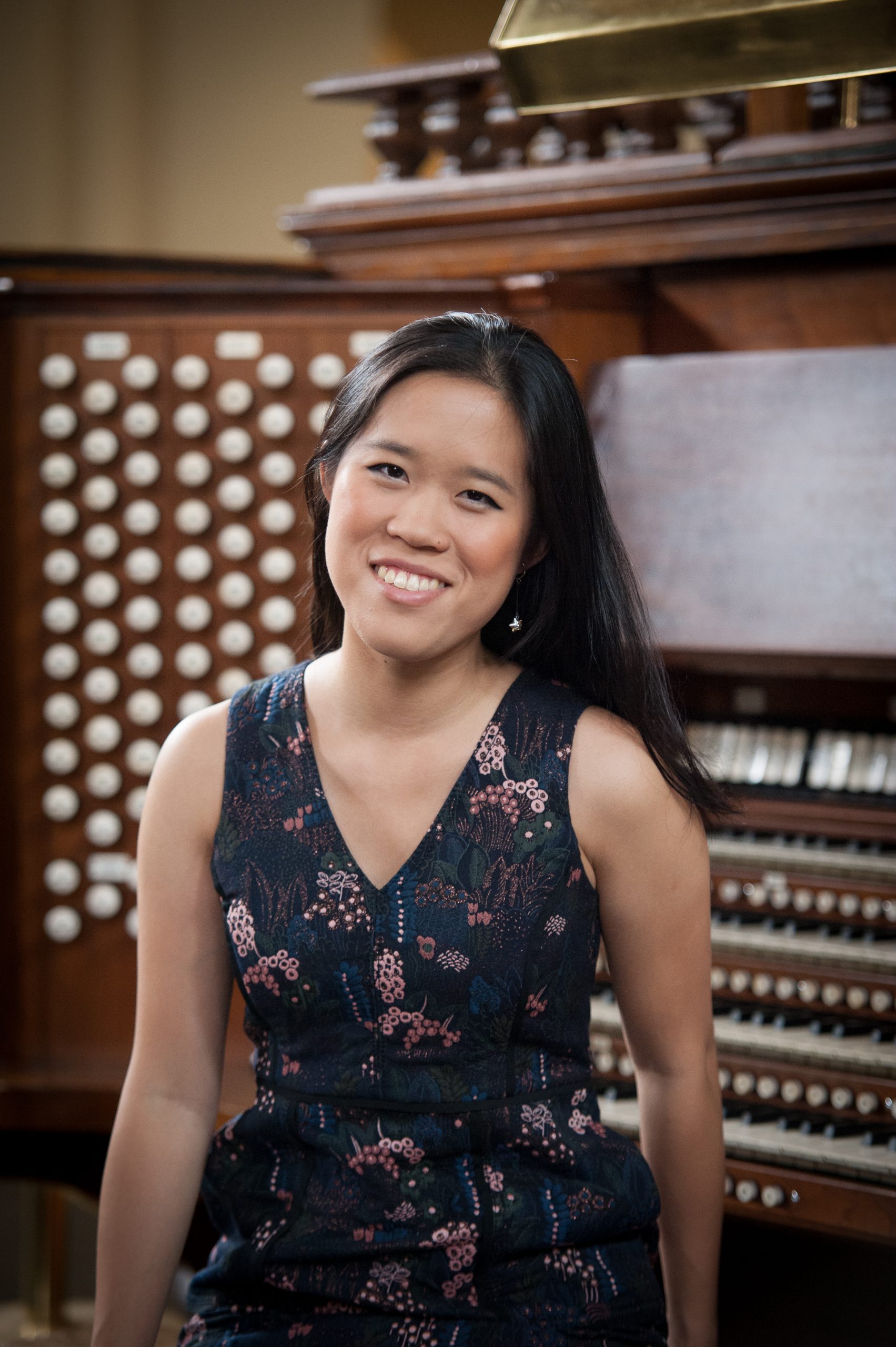 Janet Yieh serves as Associate Organist at Trinity Church, Wall Street in New York City where she plays weekly services, directs the St. Paul’s Chapel Choir, accompanies the Grammy-nominated Trinity Choir and Trinity Youth Chorus, and works closely with the music and liturgy departments. An innovative concert recitalist and sacred music specialist, Janet was named one of ‘20 under 30’ promising artists by The Diapason magazine in 2017. She has performed concert tours throughout the United States and across the globe, with highlights including New York’s Alice Tully Hall, Washington’s National Cathedral, San Francisco’s Grace Cathedral, Yale University’s Woolsey Hall, Taipei’s Aletheia University Chapel, and Japan’s Momoyama St. Andrew’s University Chapel. She has collaborated with the Paul Winter Consort, the Washington Chorus at the Kennedy Center, and Trinity’s NOVUS NY orchestra at Carnegie Hall. She regularly premieres new works for the organ, and has been featured on the national radio show Pipedreams, New York’s WQXR, and two CD recordings.

A native of Alexandria, Virginia, Janet holds degrees from the Yale School of Music and Yale Institute of Sacred Music and the Juilliard School. While at Yale, she was appointed Organ Scholar at Christ Church, New Haven and Trinity Church on the Green, while also serving as Director of Music and Organist of the Berkeley Divinity School at Yale. Janet’s former teachers include Thomas Murray, Paul Jacobs, John Walker, Wayne Earnest and Victoria Shields. She is a Colleague of the American Guild of Organists and a member of the Association of Anglican Musicians. www.janetyieh.com 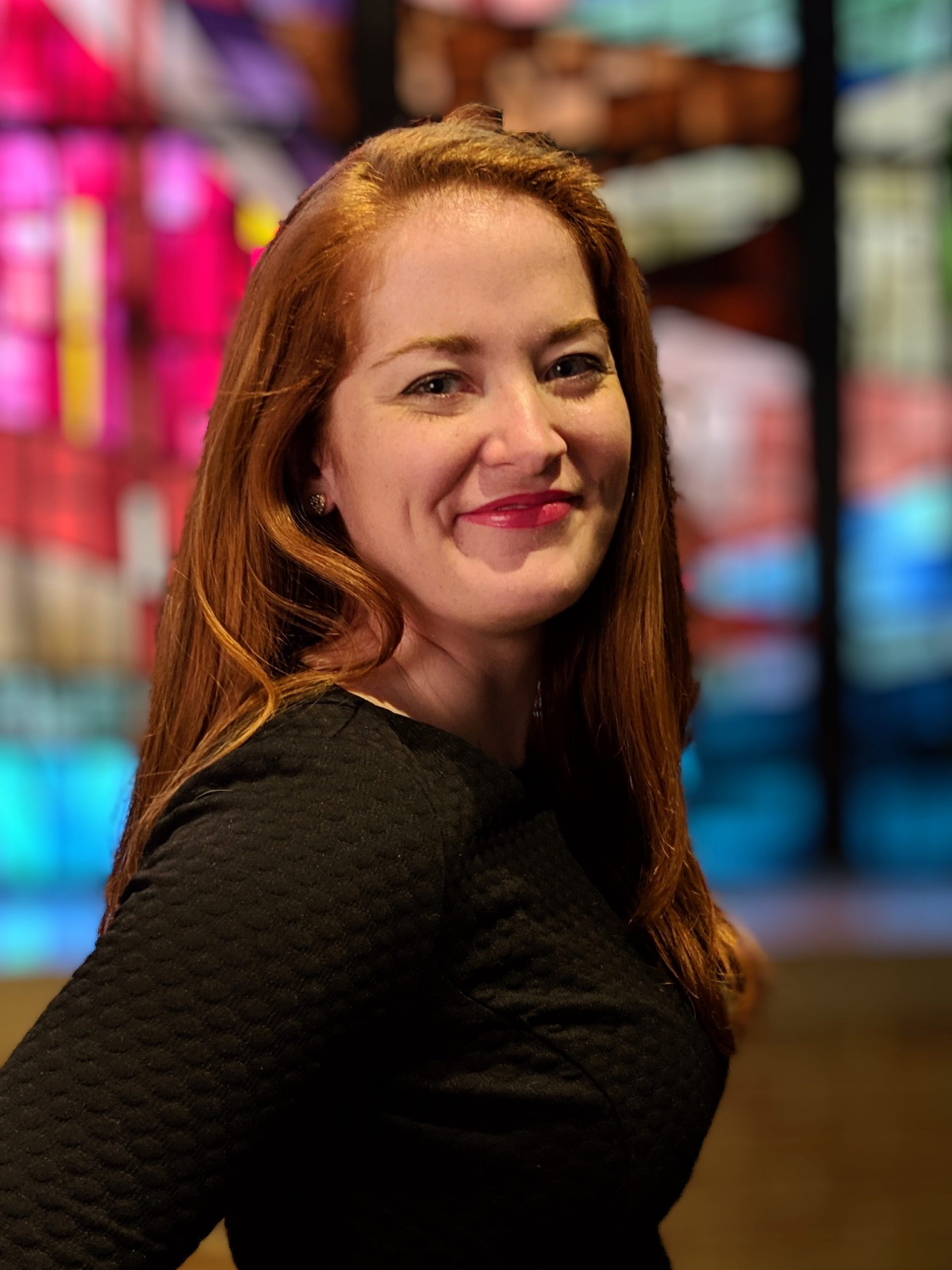 Margaret Harper is the Associate Director of Music and Organist at Saint Michael and All Angels Episcopal Church in Dallas, TX, one of the nation’s largest Episcopal churches.  At Saint Michael, she assists in running a diverse music department, including a newly formed RSCM-based Chorister program.  Before coming to Saint Michael, Margaret served as the Director of Music and Liturgy at St. John’s Episcopal Church in Portsmouth, NH. In her time at St. John’s, Margaret oversaw a dramatic expansion of all aspects of the church’s music program. Under her direction, the church developed The Choir School at St. John’s, an after-school music program aimed at low-income youth. In its first three years, the Choir School received several significant accolades, including the opportunity to premiere a newly commissioned work at the prestigious Newburyport Chamber Music Festival.

In addition, Margaret has served as Artist Faculty in Organ at the University of Southern Maine, on the faculty and board of the Young Organist Collaborative, and as a secondary instructor of organ at the Eastman School of Music. She has given solo organ recitals across the U.S. and in continental Europe and Asia.  She has presented papers at national and regional conferences of organizations including the American Bach Society and the American Guild of Organists.  Margaret holds a Doctor of Musical Arts degree and a Performer’s Certificate from the Eastman School of Music. Her primary teachers include William Porter, David Higgs, Michel Bouvard, Edoardo Bellotti, and Edward Zimmerman. She is active in the Association of Anglican Musicians and currently serves as co-chair for that organization’s 2021 national conference. 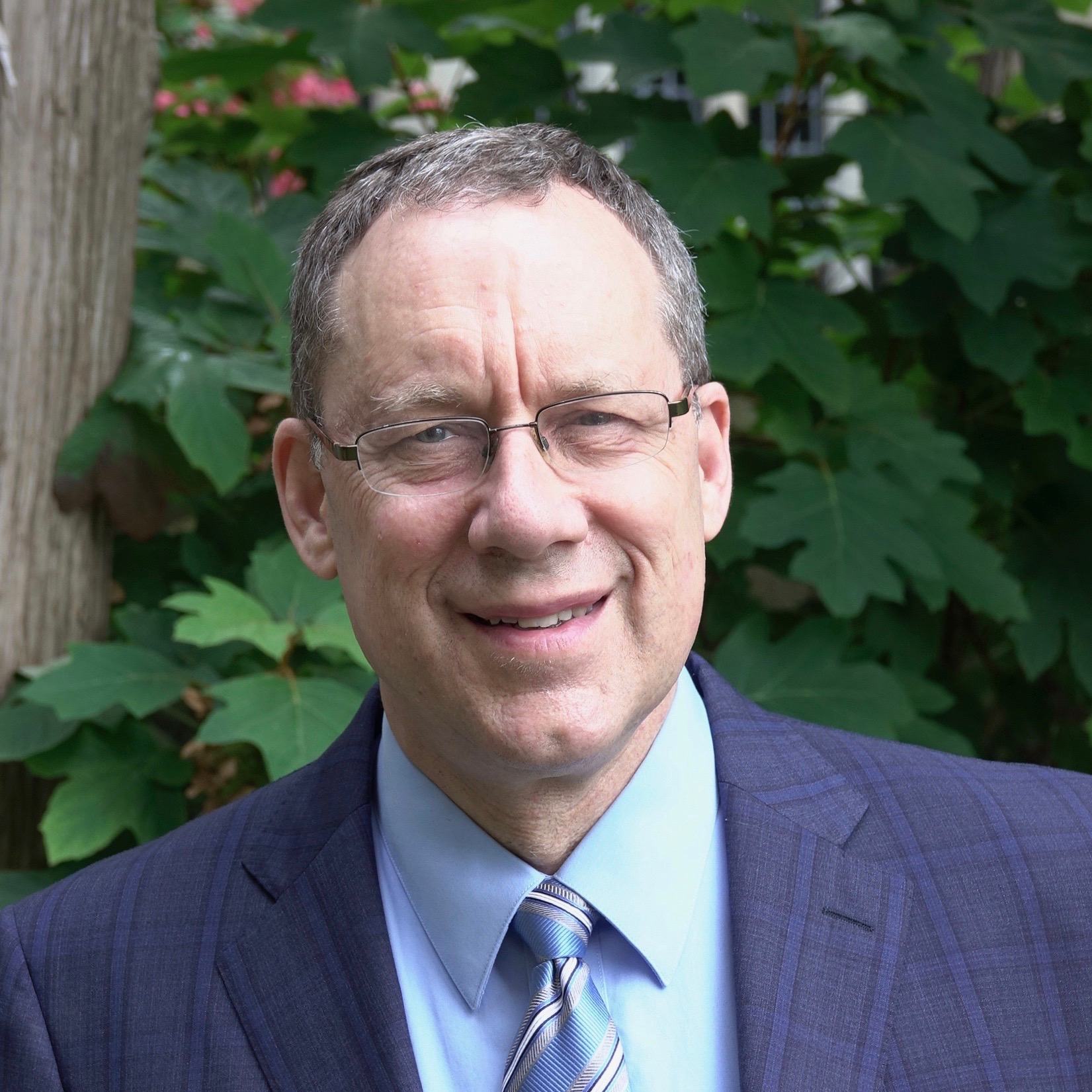 Glenn Miller is Director of Music and Organist at Kirk in the Hills, Bloomfield Hills, Michigan where he has directed and extensive program since 1999.  He is also active as a professional choral basso profundo, or oktavist, performing, recording and touring nationally and internationally with a number of leading national ensembles.  Associated with the King’s course for many years, he was recognized for his involvement in 2018 with an HonRSCM for which he is most grateful, in addition to the annual immersion in liturgy, music, community, Hillside Farms and Boscov’s, which the course affords.